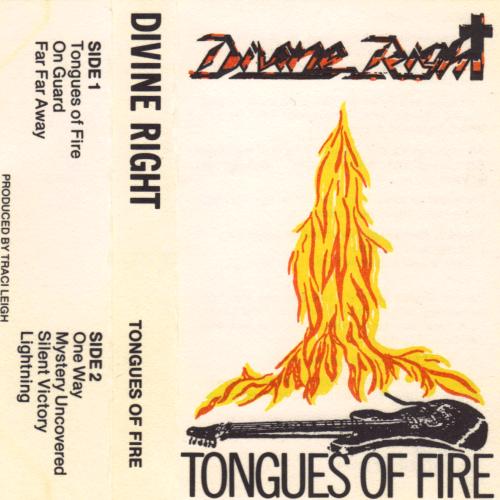 Divine Right got some attention for releasing a compilation CD called …So Far in 1991. I had originally thought that …So Far was a complete demo compilation, but now I see that only the songs “Tongues of Fire” and “Lightning” from this demo made it on to that CD. Guitarist Kevin Brandow is also known for joining Petra later on and recording music with them that… sounded nothing like this. Anyways, this demo is heavy metal that seems part commercial metal, part neoclassical metal, part traditional/power metal. I also didn’t realize that all music and vocals were performed by Kevin on this demo except for rhythm guitars on one song. Pretty impressive, as this didn’t sound like a one-person band project. Not that those are always bad, but you can usually tell.