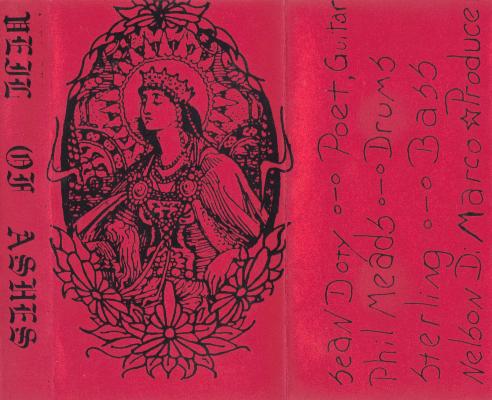 This is the debut demo from Veil of Ashes, who went on to sign to Graceland Records and release an album, release a compilation on Blonde Vinyl Records, change their name to Veil, release an album on Eden Records, and then break up. All of the songs here were released on that Blonde Vinyl compilation (The Young And Reckless: The Regression of Veil of Ashes), so many people have heard the songs. The song “Only Love” was re-recorded for their Nëgro demo later the same year, and it seems that it was this slightly longer version that was released on the BV compilation. Somewhere I read that they were influenced by The Doors and Gene Loves Jezebel, and that description seems to work. They were an excellent alternative band that should have lasted longer. Oh, and they also got together about 6 years ago to record a new song and released some unreleased demos in a collection called Eternal Teenage Angst.