All Songs written by Dan Huisinga

This is about the 8th or so tape by prolific artist Dan H (falling somewhere in time between The Line in 1988 and Golden Streets in 1989). I can’t tell if all of the songs were preformed by Dan, or if he had a band. The drums do sound like maybe they are programmed, but it was also the 80s so you never know. However, this tape is in line with many of his past tapes: quality 80s alternative rock with strong bass lines (that could also be keyboards – maybe?), keyboard layers, chiming minimalist guitars, etc. It sounds a bit like I am describing U2, but really that is not the biggest influence here. I would say its closer to The Smiths meets The Police while leaning a bit more to the pop side. 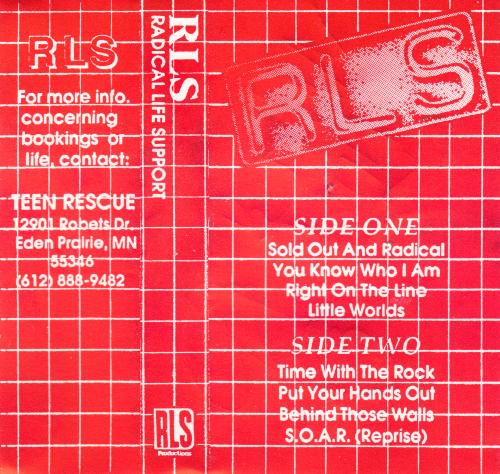 Dan H – Songwriter, probably vocals and other instruments
Others?

So this was a bit of different album. I had set it aside in a stack of “never heard of these, look into them later” demos. When I did get around to looking at them, I noticed Dan H’s name on this tape. The address was also Minnesota. But I put the tape it and the first song is a cover of “Sold Out and Radical” by Bob Kilpatrick. This seems to be kind of Youth Group cheerleader rock – which I usually don’t associate with Dan H. This seems to be a side project of some kind for an organization called Teen Rescue, but I am not sure if it was a one off or not – or really what the purpose of it was. Some of the songs like “Right on the Line” do lean towards the 80s alternative pop that Dan H typically recorded. It’s just when he veers into the peppy CCM stuff he is not known for that you wonder what the story is here.

This is one of eight Dan H / Dan H Band albums I have heard or streamed online (I think that there is a total of 13 or 14 now?), and they are all quality. Dan H usually stays within the alternative rock area, with influences by all of the big 80s alt bands. This one feels like it has a slightly more Melloncamp heartland influence than the last one I listened to (even though that one had that influence as well). But Dan H doesn’t really mimic an influence as much as let it color his sound. Probably because he isn’t afraid to rock out, or let the bass player experiment from time to time, or do other things you often didn’t see in 80s alt rock. You can also find this one on his BandCamp site (embedded below) – although it seems the songs are in different order, sometimes with “updated” song titles (“B My Is” for “Be My Eyes” for example).

Another quality release from Dan H and company. This one feels a slight bit more pop than other releases, but they are all usually alternative rock albums with pop sensibilities anyways. Some of these songs appear to have been re-recorded on later releases, most notably is “Harley” on Harley in 1995. And understandably so: it is a catchy song. There is also a killer bass riff in “Find Myself” that I love. There is great songwriting and musicianship across the whole album, but I really connected with that song. There really is not a specific list of who played what on here (just a list of names), but the ones I have noted above are based on past albums and could be wrong.

Missing Information: Who played what specifically? 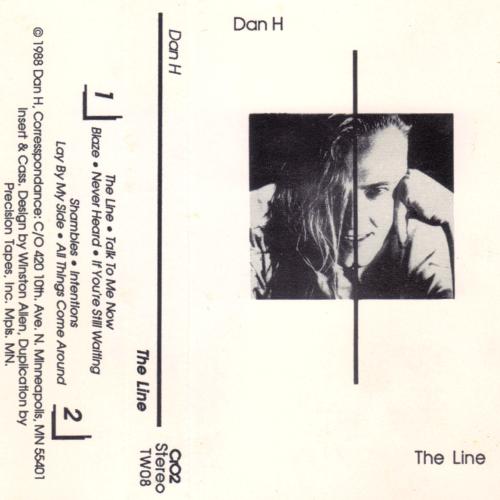 Dan H seems to be a very productive artist that somehow slips under the radar for most people. I think he has well over a dozen releases. This demo is generally in the alternative rock category, although it is a bit more mainstream/pop leaning that some of the other typical alternative rock of the same time period. Dan H was signed to a major label in Europe for one album, and is still fairly active to this day. He also tends to go by “Dan H Band” now. I would highly recommend checking out any of his old or new music