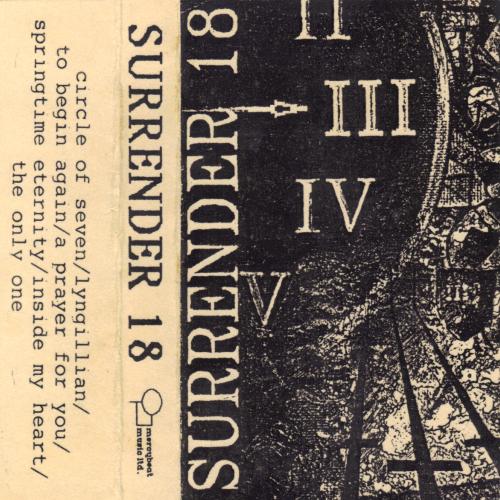 Surrender 18 was an alternative rock band with some slight gothic/dark leanings, as well as some punk rock intensity here and there in the music. “Inside My Heart” sounds like a mixture of early Prayer Chain and early Breakfast with Amy – even though it’s still a little too early in the 90s for that. Inspired by the same bands that inspired those two? I’m not sure based on the way members are listed who sung lead vocals, or even if it was a shared duty. It sounds like mostly the same person to me. They also have at least one other demo – 1992’s Modern Dreams. I wonder if the Dave Urbanski of this band is the same one writing for The Blaze now? Hopefully not – the guy writing for The Blaze is… problematic.

Second demo I have heard from this band – both of them doing 90s alternative rock. Their previous demo from 1990 was a lot more non-descript than this one. There is a bit more swagger and personality this time around. Can’t find much out there about this band, so I am not sure if there are any more demos than these two.